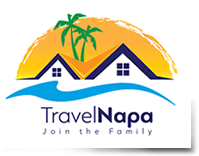 10 Best Things to Do in Ayia Napa

East of Ayia Napa is this rugged headland protected as part of a nature park. Approaching Cape Greco from land you’ll be able to step along paths edged by wild herbs, poppies and long grass. At the top of the cliffs are benches from which you can admire the cobalt-blue Mediterranean and the stark, rocky landscape around. You can also venture down to the water to check out the system of sea caves beneath the cape, if you love diving is the best place to be!

Setting sail from Ayia Napa’s harbour are all sorts of cruises. Party people could book a ticket for something that resembles a floating club, with a bar and djs. The Pirate ship is also in this vein, with on board entertainment and lots of swimming stops. If you’re after a more tranquil day on the water, there are catamaran cruises for people more interested in soaking up the sun and gazing at Cape Greco from the comfort of a sun lounger. If you’d like to see what goes on beneath the waves then there’s a choice of “submarines”, vessels with glass panels beneath the waterline that often stop for snorkelling breaks. We have partnership with regular cruises , or party cruises, so please contact us for tickets or more informations!

A clubber’s paradise, Ayia Napa Square squeezes all of the resort’s top bars and nightclubs into a surprisingly small area. If you’re worse for wear this is great, as you’ll never have too much trouble navigating from one nightspot to the next. What’s refreshing about the square is that there isn’t a great deal of antisocial behaviour going on, and the atmosphere is raucous but mostly friendly. As with most Mediterranean party towns the clubs stay open until the sun comes up and things don’t really get going until almost midnight.

With 25 attractions to choose from, Park Paliatso is the largest funfair in Cyprus. By day there are a few rides and games that the little ones will love, but the park is most frequented by Ayia Napa’s party crowd. If you’ve browsed the internet enough you’ll have seen, or at least caught wind of, the Sling Shot. This was installed in 2010, and it’s Europe’s highest ejection seat ride, catapulting a small capsule into the air at high speed. The g-forces are so strong that a small handful of riders have temporarily blacked out, coming to no long-term harm it must be added!

There are 18 plunges, pools and side attractions at this mythology-themed water park a few minutes along the coast from the resort. Like much of Ayia Napa, WaterWorld will appeal to families with young children, teenagers and young adults. For younger kids there’s the Trojan Adventure, a sort of water-based adventure playground with slides that end gently in a shallow splash-pool. For thrill-seekers there’s the Drop to Atlantis a high-speed plunge complete with special effects.

Despite being a party town, Ayia Napa does have one the best museums in Cyprus. The Thalassa Museum opened in 2005 and claims to be the only major attraction in the Mediterranean devoted to the sea. Given the catalogue of seafaring civilisations that settled in Cyprus, this is the ideal place for su ch an attraction. The museum covers 7,000 years of human maritime history, with exhibits starting in the Neolithic age and moving through the Bronze age to the Classical period. Complementing these artefacts are natural exhibits of fossils and shells, alongside preserved turtle, fish and starfish specimens.

Only recently opened, the Sculpture Park is a contemplative cultural attraction on a rise looking over the sea just east of Ayia Napa. Twenty sculptors from around the world were invited to contribute their work to the park. Their sculptures, numbering almost 40, combined with a classic Mediterranean seascape, make the park a handy place for a peaceful amble. The pieces are carved from local white marble or limestone, and they range from abstract forms to statues inspired by the island’s ancient civilisations. The park is free to enter and the collection is growing all time.

There are several dive companies based in Ayia Napa alone, which illustrates the excellent conditions for this activity, and its popularity on the eastern edge of Cyprus. The caves that you can see from dry land at Cape Greco continue under water; there’s also deep canyons, an abundance of sea life including turtles and wonderful visibility extending for 50 metres on a sunny day (most days are sunny!). Nearly all the business comes from beginners, so Ayia Napa is a good place to take to the water for the first time, but serious divers can get certified or set off for the gargantuan wreck of the Zenobia, which sank off Larnaca in 1980. Also if you are interesting for diving, we have partner company for diving lessons for beginners or advance. The most important think we can go fo diving together!

Ayia Thekla Chapel located 100 meters away from TravelNapa Villas. Ayia Thekla is a charming white and blue chapel that looks out to sea with no other nearby buildings. Nearby and towards the sea is the Ayia Thekla Cave Church, a small cave or rock carved tomb known as the catacomb of Ayia Thekla which can be accessed by steps. It is believed that the cave was turned into a place of worship b y early Christians before the new church was built. Archaeologists believe that there was an ancient settlement or a cemetery in the same area. The beach of the area is named after the chapel whose picturesque scenery calls for numerous wedding ceremonies. Civil weddings can also be arranged with the Municipality of Sotira. The doors of the chapel are open all the day and there are not any entrance fees.

At this traditional tavern in Sotira you will enjoy tasty, high quality meze dishes, all cooked to perfection, in the tavern’s large outdoor courtyard. The Cypriot stone, the traditional arcs, the large courtyard and the exceptional food surely make Mousikos a place-to-be. Here, among others, you will try probably the best halloumi and traditional bread you have ever had!